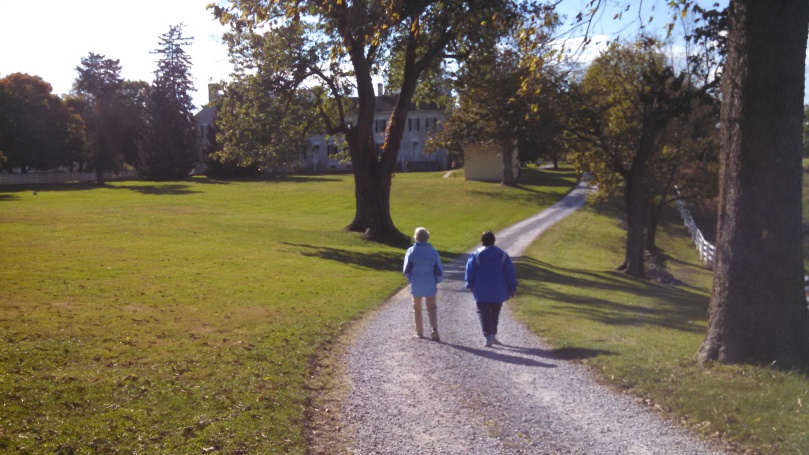 Funny thing about being a first-time Mom. You spend so much time dressing the baby, and you have so little ability to get dressed yourself. You’d just get the squirmy, rather uncooperative infant into a fresh outfit when there would be a spitting-up incident or a major diaper blowout. Then you’d start all over. Some days, there were half a dozen spit-up and/or poo-covered tiny clothes needing attention by the time the baby went to sleep for the night. And I hadn’t been out of my pajamas all day.

In my daughter’s case, even when she was old enough to cooperate, getting dressed was a fight. Her toddler years were defined by needing to get dressed ALL BY MYSELF. You simply could not rush her along. And then she developed the need to select her own outfits. We were blessed with a number of hand-me-downs from my niece. My niece always looked as sweet as can be in her clothes, but when they were handed down, my daughter found ways to uniquely combine things in most heinous fashion. Flowers with stripes. Purple with orange. Every morning was a fight. I tried to explain that stripes in neon yellow and checks in pastel pink just didn’t work from a fashion perspective, but my daughter always insisted cheerfully “I like it anyway!”

One day, a Sunday, I gave up. I let her wear a filmy, pale pink dress with a purple-flowered floppy hat she’d worn as an infant and a red purse, both from—no lie—the dress-up box. What I had forgotten was that it was Palm Sunday, the day all of the kids parade around and around the sanctuary while we sing All Glory Laud and Honor. I think a small part of me never recovered from that day. 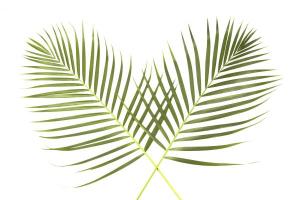 The fight continued into the grade school years. When you run out of parental ideas for addressing a problem, you have to turn to the experts. My sister solved it easily when I was too overwhelmed with work to be able to get out to buy school clothes. She took my daughter to the store and bought only solids that coordinated well together. Impossible to mess up.

Now the only clothing embarrassment in our home is produced by Yours Truly. My daughter is quite fashionable these days, in a quirky way that is uniquely her.

I’ve mentioned in some past posts that my father passed away a little more than a year ago. He had checked into the hospital with horrific abdominal pain. It turned out to be an intestinal blockage for which he required fairly immediate surgery.

One other time, a few years ago, my father was so ill that we feared he was in his final days. I drove from Illinois to where he was hospitalized in Kentucky. When I walked into his hospital room, he cried. He must have realized what a complete goner he was. But my siblings and nieces showed up, and over the course of a few hours he was a changed man.  There was a party on, and he wasn’t about to miss it. He very slowly recovered from that issue and had quite a few good years. Years in which he got to stay involved in the community activism he loved, and to see his youngest grandson (my nephew) develop an affinity for the sport my Dad loved more than any other, baseball. Dad attended every game he could of the Danville Mustangs, my nephew’s competitive baseball team, hauling his lawn chair to the field, whether locally or in another state.

After the abdominal surgery, we learned the blockage in my Dad’s intestine was caused by stage IV non-Hodgkins lymphoma. It was unclear how much time he had. My brother became concerned about how he was doing after the surgery and suggested that the Illinois siblings come home. We still held hope that we’d have time to be with him. Months, maybe even a few years.

This time when my sister and I arrived at the hospital after driving from Illinois, Dad was tired, and in pain. He didn’t look like the same guy, and I’d seem him just a few weeks before that. In retrospect, it seemed like his pain had rewritten his features so that someone else’s face was attached under his eyes and hair.

In the hospital, the first thing you lose is your clothes. The patient is in a hospital gown for the duration so that everyone can easily access things, to catheterize and take blood and intubate and hydrate and check your vitals. They are the clothes that facilitate someone else, that help them be efficient as they do their jobs. But they aren’t your clothes, and you aren’t on your own terms.

Normally when I go to Kentucky for a visit, I’m completely aware of the Arsenal matches to be played while I’m away from home. Although I’ve stated before that it’s possible for someone who lives in the States to see every Premier League match over a weekend, certain cable packages and equipment are required. At my home in Illinois, I am well-equipped to never miss a Premier League match. FA Cup and Champions League are something else entirely because a different network has television rights. FA Cup and Champions League fixtures are hit or miss at best. When I visit Kentucky, it’s all hit or miss, because my father and brother have cable sports packages in support of a different variety of sports than I follow. I did a quick check when I came during my father’s final hospitalization to see if Arsenal’s FA Cup match against Brighton would be televised on my Dad’s cable package on January 25. It actually looked good, for once, that I’d see the match.

As the week went on in the hospital, it was clear that this wasn’t a time when the constant stream of friends and family was going to produce a Dad rally. The complications from surgery got worse and worse and his organs began shutting down.

On the morning of January 25th, I woke up in my parents’ quiet house, bathed and dressed quickly and walked over to the hospital. It was cold that day, and I think there was even a little snow on the ground. A short time after I arrived, my father passed away. It was the first time he looked like himself for the four days I’d been in Kentucky.

The nurses kicked us out of the room and removed tubes and tape and IV, cleaned him up, and straightened out his bed clothes. They lowered his hospital bed and put a pillow under his head. Then they let us back in and told us we were free to stay as long as we liked. By then all of my siblings were there.

My dad had decided earlier in the week that he wanted his body to be cremated, and we’d been warned by the nurses that once the undertakers were called, they would arrive quickly to take the body. They advised us not to call until we were ready.

It had been a long, stressful week and I was deeply sleep deprived and emotional. Therefore, I was less than receptive when my mother said she wanted my Dad to be dressed when the undertaker came. “What difference could it possibly make?” I said, and not just in my head. But she insisted.

I figured she wanted him to wear a suit, but that wasn’t what she had in mind at all. She sent my sister back to the house to find Dad’s favorite t-shirt, his sweatpants, socks, and underwear, even his favorite sneakers.

My sister had a devil of a time finding the favorite t-shirt back at the house. She called the hospital several times for additional hints about where it might be. She suggested an alternative shirt. My mother wouldn’t hear of it. My sister even came back to the hospital with some of the items. My mother noticed a small tear in the underwear my sister brought back. This would not do. My sister went back to the house to get pristine, new underwear and to search again for the favorite shirt. She finally found it. It was in the attic. Apparently that was where he put his summer clothes during the winter.

Back at the hospital, my mom asked the nurse if she would be willing to dress Dad in his clothes. The nurse said she would. We left the room again. After a while she invited us back in.

There was Dad, looking comfortable and like himself in his Danville Mustangs t-shirt, the shirt of my nephew’s baseball team. My mom, who had dressed five infants and toddlers, had correctly understood the importance of dressing my father one last time.

I realized that I was missing the Arsenal match about that time, but I knew it wasn’t important compared to what I was doing. I stayed with my family while friends came to pay their respects. Even the undertakers who knew Dad in life hung out with us a while and told us to take our time.

All of a sudden, I needed to know the score of the Arsenal match. I felt bad even thinking about it.

Then I looked at my Dad in his Mustangs shirt.

You might judge me now and I don’t blame you. But I knew Dad wouldn’t judge me.  I checked my phone. The match was almost over. I watched the score safely to a 2-3 win.