We slept in a bit later than usual and went over to the Natural Kitchen for breakfast, a restaurant that specializes in farm to table dining. I had the Eggs Benedict and my husband had an omelette. The presentation was a bit lacking as you can detect from the picture, and in my Eggs Benedict, one poached egg was well overcooked and the other was quite undercooked. On average, perfect? It tasted pretty good even with its several problems. I ate it while fervently hoping that the undercooked one would not give me food poisoning. 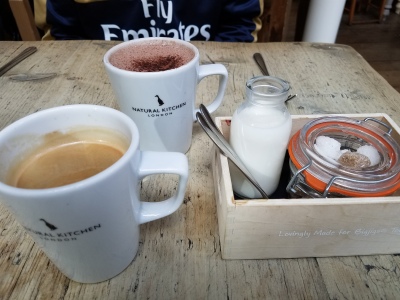 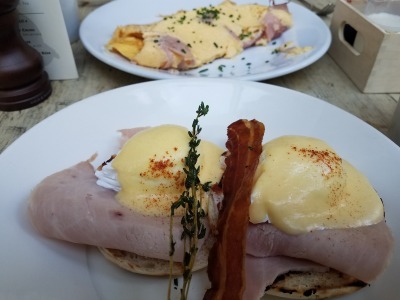 We went over to Shoreditch where I had coffee with a friend while my husband did some investigation of street art tours. It was a lovely day and we thought that being outside would be a great way to spend the day. In the end, none of the tours really worked in our timeframe. Although we don’t have a definitive plan to return to London, we decided that is something we would do the next time, if there is one.

Instead we went over to the Churchill war rooms, near Westminster, where I figured we’d spend just a short time and then get back outside. The exhibit had other ideas: it was so interesting, we stayed for the entire afternoon.

The Churchill war rooms was the basement from which a team, along with Winston Churchill, conducted the British response in World War II. For years, a dedicated team of men and women directed the war effort, charted, conveyed information mostly underground and in secret. At the end of the war, Winston Churchill was out of a job and the others left the basement pretty much as it had been during the effort. They simply shut the doors and walked away. Much of it was exactly as it was found years later.

The Churchill war rooms also features a great museum on Churchill’s life. What I knew about Winston Churchill was that when our son was born, my husband said he looked like Churchill. I remember him holding our infant and quoting as if the words were coming from our son, “You ask what is our aim? I can answer in one word: Victory……”

Later, someone told me all babies look like Winston Churchill. Because babies are cute, you would think that would also translate to Winston Churchill: he must have been cute, as cute as a baby. While I see the resemblance, that turns out not so much to be true.

I didn’t know much about him heading into the exhibit, but I found his life and the way it was presented fascinating. He pursued politics, writing, and painting with great passion. He failed frequently but when he succeeded, as in the war effort, he was greatly successful. Even so, before the war was fully over, his party was voted out and he was also out of a job.

There is a lesson in that somewhere. 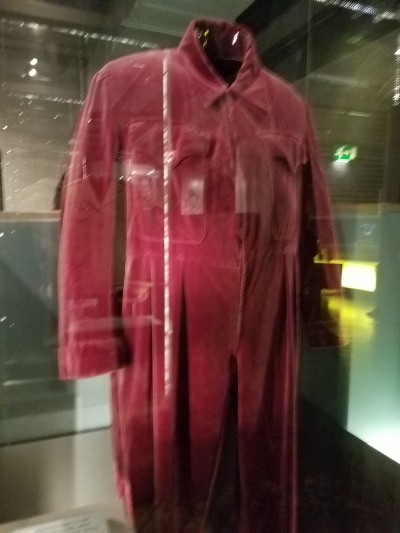 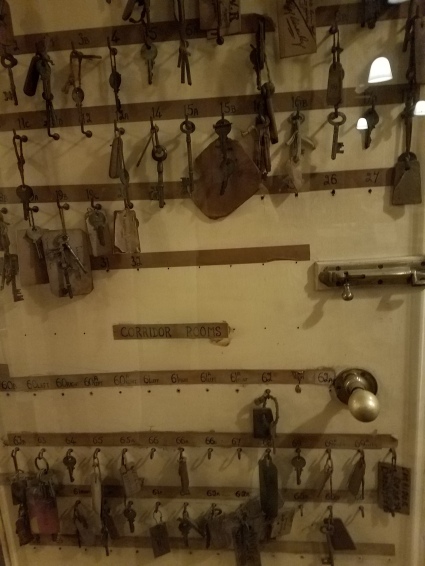 He was also known for his acerbic wit as well as his oratorical skills, and I especially enjoyed the features of the exhibit in which that was a focus.

We stumbled out of the exhibit hours later and happy with our choice.

Before we arrived at the museum, we crossed the Westminster bridge that had been the site of a terror attack last week. Many people people lost their lives or were seriously injured as a car ran up on the sidewalk. A week later, the bridge was thronged with tourists and business people just as always; the only signs of the terror were the flowers and letters people had left at various locations on the bridge.

Terrorists seek to destroy our way of life and always fail. Lives are lost, and lives are changed, but the long-term changes the terrorists seek are never accomplished. They should give up. History belongs long term to the people on the side of right.