All across the world, as we deal with acts of terrorism, we have formed pithy ways of encouraging citizens to be vigilant against threats. In the US, we say, “if you see something, say something.” But here in London, announcements on public transit encourage travelers that if they see something suspicious, that should say something, and the authorities will sort it out. This is then abbreviated into, “See it, say it, sort it.”

I think of myself as naturally suspicious, so I recognize I would have to see a WHOLE lot to legitimately “see” something of interest to the authorities. They would be sorting their days completely away.  That was on my mind after visiting the War Museum late in the day, which I’ll tell you more about in a few.

Some of you may remember a time when I visited The Breakfast Club in Shoreditch few years ago where our service was so slow the manager insisted on giving us our entire breakfast complimentary. She said, “I hope you’ll give us another chance,” and it turned out that yesterday, we did just that. I like this chain a lot. I think they have interesting spaces and a nice menu at a decent price. The one we tried this time is the one in City, near Spitalfields market. I had the blueberry granola waffle, and my husband had the Mexican Eggs. Both yummy, and much better service. 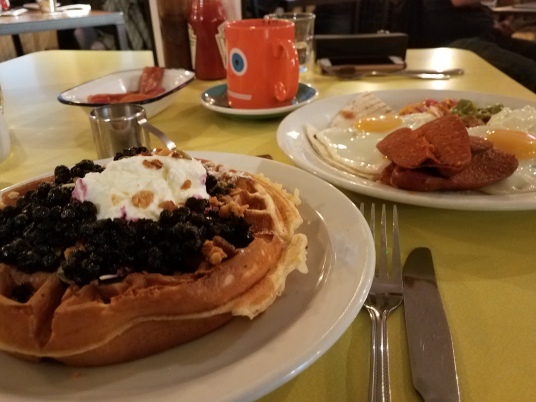 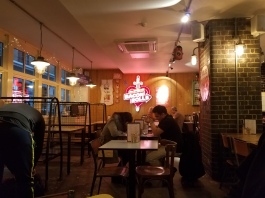 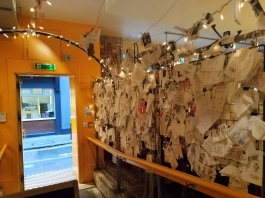 We stopped by the market, but it was only just being set up. We’ve been through there several times but never at a time when it was operational. So we headed for our first planned destination of the day, a pub that was playing the England v. New Zealand Rugby Word Cup semifinal from Japan. When we watch Premier League games in California at a bar, it’s always early in the morning, so it wasn’t a stretch to watch a sporting event at a pub in the morning in London. 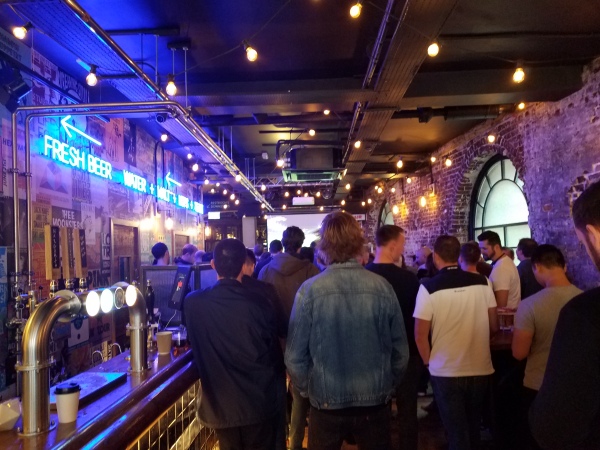 The pub closest to us that was having a viewing party was the Goose Island pub near Shoreditch. Yes, Goose Island is a brew pub originating in our previous adopted home of Chicago, but we were assured by signage that this beer is brewed in Shoreditch. The pub was thronged with supporters of both countries, although the All Black supporters were clearly outnumbered. I have watched very little rugby in my life, and most of it has been when I was visiting London. Even for someone with little expertise in the sport, it was fun watching the fans cheer and sing until the final whistle blew with England (easily) on top above the previous world champions. But why “Swing low, sweet chariot,” and “Chelsea Dagger”? You got me. England has so much musical talent and history, it’s hard to imagine needing to borrow from slaves and Scottish musical groups. I’ll admit the songs are great.

After the match we headed over to the Imperial War Museum in Lambeth, a recommendation from a friend. It was extremely worthwhile and interesting.  I’ve never seen an exhibit that did such a good job evoking the environment under which the wars began and were conducted, and their aftermath. We spent most of our time in the World War I and II exhibits. A few things that struck me: First, I’m not sure that humans are remotely good at learning from the past, or at least learning the right things. Second, we aren’t good at Seeing, Saying, or Sorting. We are driven by herd mentality and fearful of sticking our necks out, and complacent. Let someone else do the right thing.  The Holocaust exhibit was especially powerful, and dire. 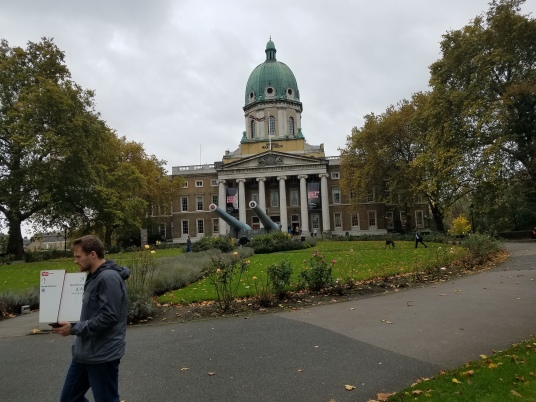 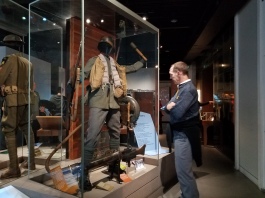 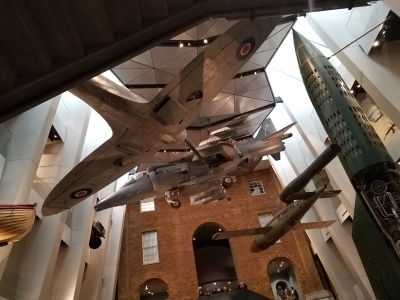 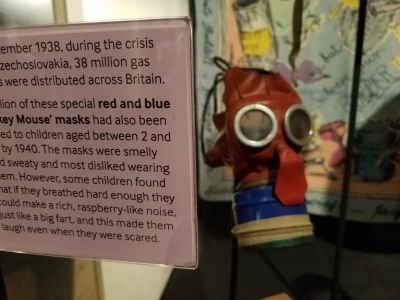 We left the museum in the rain and made it to Spitalfield market minutes before it closed. Spitalfield market is on the site historically associated with the textile industry and wool trade. Now it has numerous vendors selling from stalls for which merchandise is set up in the morning and removed at night. Interesting clothing, bags, hats.

My husband was interested in stopping in a pub we saw earlier in the day that had London Pride beer, the Astronomer. Unfortunately, it and other pubs and restaurants close to The Bull were so crowded we ended up again close to Spitalfields at a gastropub called The Grocer. It was a wet and raw night and we were happy to be in out of the cold. No London Pride. I had steak and my husband had grilled chicken. To ensure that the ice cream search debacle was not repeated, we both had Eton mess for dessert. I am a big fan. Ice cream, meringue pieces, fruit, and whipped cream. Delicious. My husband later wished he hadn’t eaten so much. Meanwhile, I wouldn’t have minded eating some of his (in addition to mine). 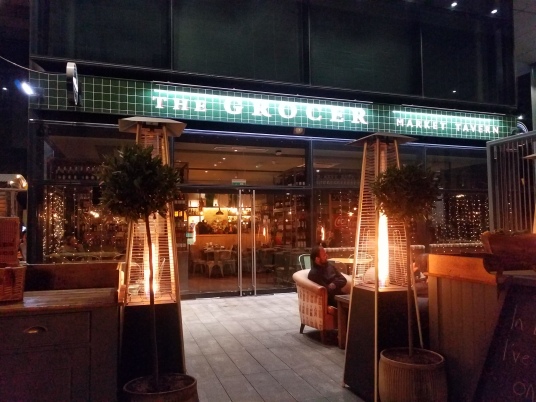 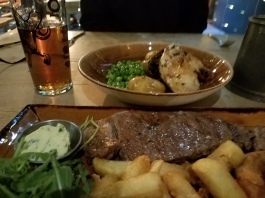 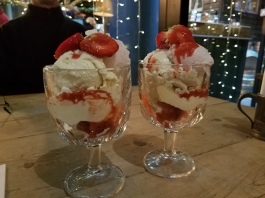 Then back through the rain and hordes of people out having a fun Saturday night to the Bull. Someone has to go to bed in this town.