On Tuesday morning, we had coffee and breakfast at Jika Jika, an independent coffee shop next to the Euston Square tube station, then made our way back to Greenwich. 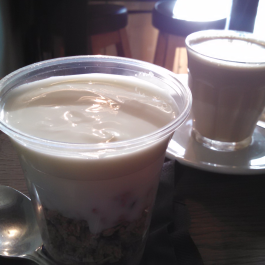 We went back to the Royal Observatory, and began the tour. The Observatory has a Time and Longitude exhibit devoted to the problem solved on behalf of sailors, the problem of shipwreck.

Early man could tell time using the positioning of the sun. The Observatory grounds display a variety of interesting sundials that have allowed measuring time even before clocks. Sailors could determine latitude using the angle of the sun, but the problem of longitude had not yet been solved. Because they couldn’t determine precise coordinates, sailors had no way to record the location of the seas’s dangers, and found them all too often–and all too late–as they explored and used sea routes for trade. It was a national problem for which the British government required a solution. 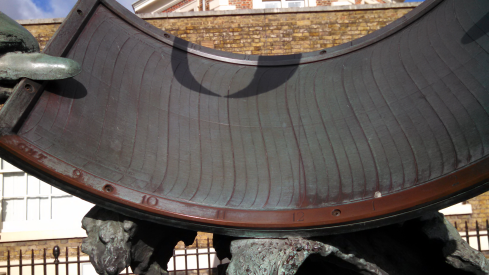 In 1714, the government offered a £20,000 reward for a solution that would enable sailors to reliably determine longitude.. The Observatory museum is devoted to the two solutions that were deemed practical. One solution involved the reading of the night skies, including the positioning of moon. This solution required the presence of a suitably-trained astronomy practitioner on ship to complete relatively complex computations.

The other involved determining local time in comparison to a set location’s time, the time of the prime meridian, or 0 degrees longitude. This solution required the creation of a clock that could be taken to sea and remain an accurate representation of the time at the prime meridian so that sailors could compare their local time to judge degrees of separation. The sway of ships in the waves made the use of gravity-based clocks existing at that time unsuitable for the task. Over a number of years, John Harrison, a clockmaker and carpenter, came up with three iterations of a clock that could be deployed with some success to maintain time at sea without becoming significantly out of sync, H1, H2, and H3. All three were extremely large and heavy contraptions. Finally, Harrison produced H4, the revolutionary successor that was the competition winner. It was practical, small, and accurate, the best solution produced, by far. 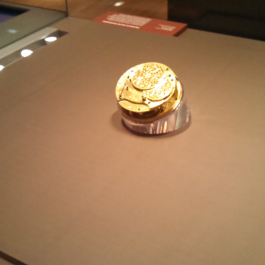 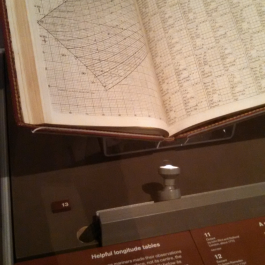 The prime meridian was placed at Greenwich in 1851, in the location where Sir George Airy, the Astronomer Royal, had placed his massive telescope. At the Observatory, you can stand over the line representing the prime meridian, with one foot to the west and the other to the east.

The Observatory is home to an amazing history of clocks and some interesting, huge telescopes, each one larger than the last.

We walked down into Greenwich for lunch at Meantime, a brewery and cafe. I don’t normally drink beer for lunch, or even for dinner, for that matter, but I had realized that when I’m in London, I often do both. In London, I also do a tremendous amount of walking around, but still I decided that having beer every time I sit down for a meal wasn’t wise, calorically. If forced to choose between alcohol and dessert, dessert is usually the winner.

However, when I stepped into Meantime and saw they brewed a wheat beer, I chose beer instead of dessert. I am a sucker for a good wheat beer. I also chose a phyllo dish stuffed with nuts, spinach, squash, on a bed of barley with wine sauce. My husband had an even more lovely-looking mushroom risotto. He had the Yakima Red, having also temporarily sworn off beer for lunch (and then swearing back on, just as I did). The beer was good and the food was delicious. 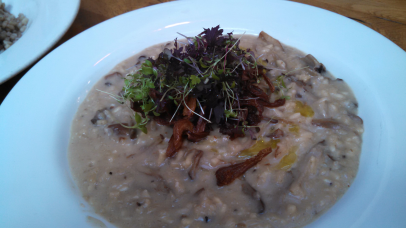 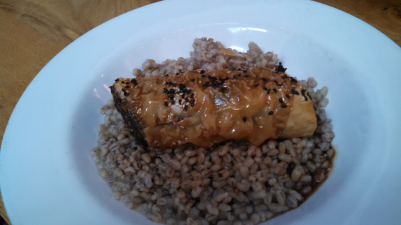 We ended our time in Greenwich at the Cutty Sark, the clipper ship deployed in the tea trade. Within 8 years of its maiden voyage, steam ships were regularly used to retrieve tea, so the Cutty Sark was repurposed for use primarily to transport wool from Australia. It did that for about 10 years before becoming a random odd-job doer. It has been carefully restored and suspended in such a way that allows you to tour all decks to see how goods were stored and how the crew lived. You can ever walk under the hull of the ship. We had a long chat with an elderly guide who works on board to answer questions. He told us some funny stories about his life and expressed his deepest wish to have been in a bar accompanied by John Wayne so he could start the world’s best bar fight. We ultimately separated from him and made a quick visit to the Painted Hall, which he had strongly recommended. It was very pretty. 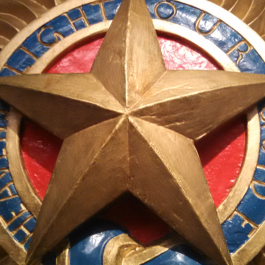 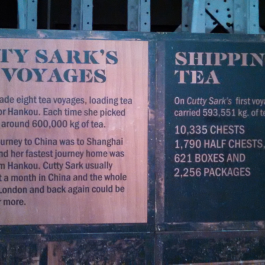 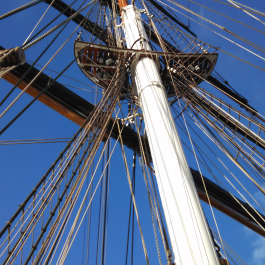 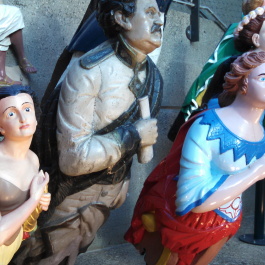 We were out of time and headed back to the Wesley to rest up a few minutes before the match.