In all the times we’ve visited London, we’ve never ridden on a traditional, red, double decker bus. But when we finally woke up well after 9 a.m. the Bus Opportunity presented itself.

Because we had awoken late, we picked a somewhat fast option for breakfast, a coffee shop called Apostrophe, which was situated across the street from St. Paul’s Cathedral. The coffee shop had long tables for seating and, at these tables, not one person faced away from the floor-to-ceiling windows that featured floor-to-ceiling St. Paul’s Cathedral. These windows were often also filled, floor to ceiling, with red double decker buses that were driving by.

We explored the options available to us before the Arsenal match as we ate a very delicious bacon and egg sandwich, croissant, coffee, and hot chocolate. All bacon is delicious (is it not, pig lovers?), but UK bacon is a bit different from that in the US. It’s more like having a very thin slice of bacon-y ham. Vive la différence! 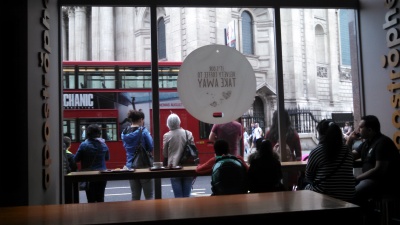 We had been invited to a pub frequented by Rangers fans called the White Bear by one of my Scottish colleagues to watch Rangers play Celtic He had promised mayhem aplenty, very tempting. But the red buses that were absolutely flowing past the coffee shop encouraged us make other plans. We didn’t have a ton of time, so we decided to take the bus from St. Paul’s to Trafalgar Square, and walk to either the Portrait Gallery or the National Gallery. (It was probably a good thing we didn’t go to the White Bear, as we discovered later that Rangers lost 5-1, probably producing more mayhem than we could handle.) 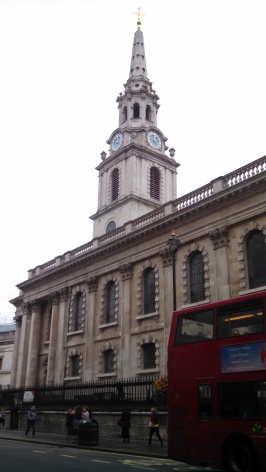 The same Oyster Cards that are used for the Tube may also be used on the public buses. We hopped on and scanned in, lurching up the bus stairs as the driver took off aggressively. Honestly, riding the bus was one of the funner things we’ve done in London. It was great to see the theater district, all the restaurants, buildings, hotels, historic buildings along that one one road. You get a completely different sense of the city from the bus than from the Tube. 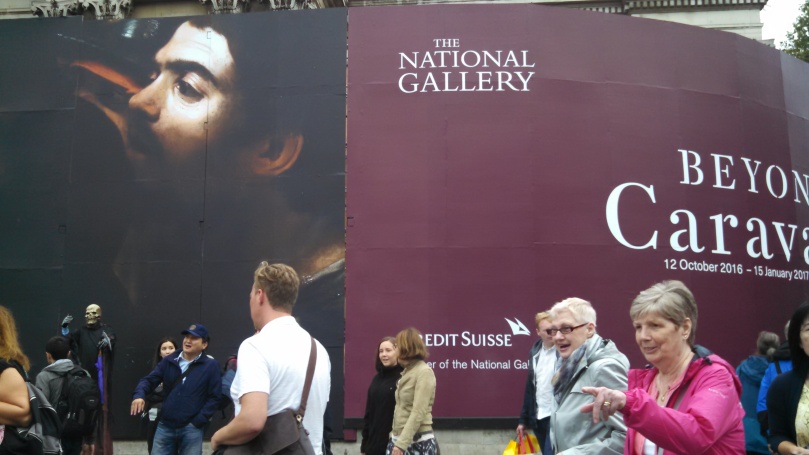 When we got to Trafalgar Square it was teeming with people. A Brazilian band was playing festive music under a large, tented, stage. We decided on touring the National Gallery. There was nothing to lose; the gallery is free. You can spend as little or as much time as you want. My husband had the idea that we should go into the gift shop first because the gift shop will often be hawking posters and aprons and bags and mugs of its most publicly-beloved pieces. Then you know what to go looking for in the Gallery. What we discovered from that exercise is that the National Gallery houses the Van Gogh still life of sunflowers. We went off to seek the painting.

In reality, the National Gallery building is so beautiful that it’s hard to even focus on the paintings. The floors, walls, ceilings–all lovely. You could spend hours looking only at them. 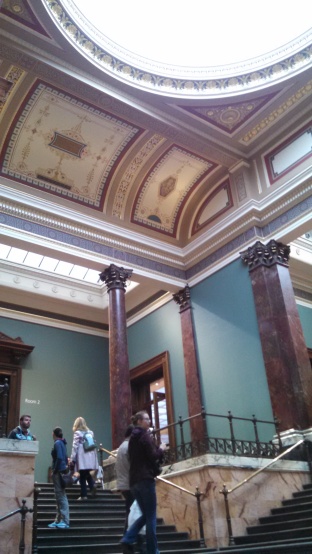 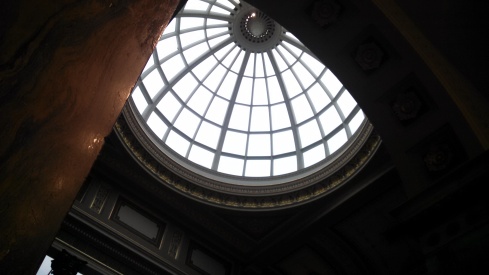 But it also has a surprising collection of art. Degas, Pissarro, Corot, Seurat, Monet, Manet. Yeah, we are not art people, so of course what we know are the impressionists. I think what I enjoyed looking at most, even more than the amazing collection and the beautiful building, was all the people enjoying the art. Because the exhibit was free, it was accessible, and it seemed that the people present were appreciating the art more viscerally than in a hoity-toity, quiet gallery with a big admission fee. And you could get close to the art. 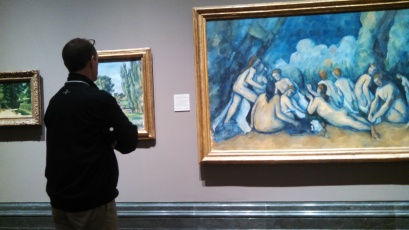 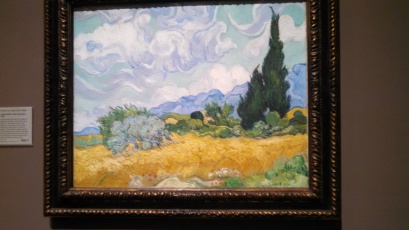 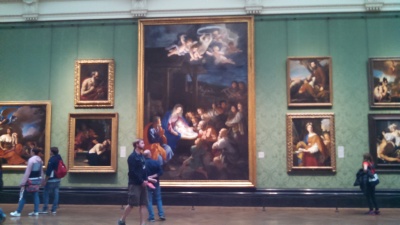 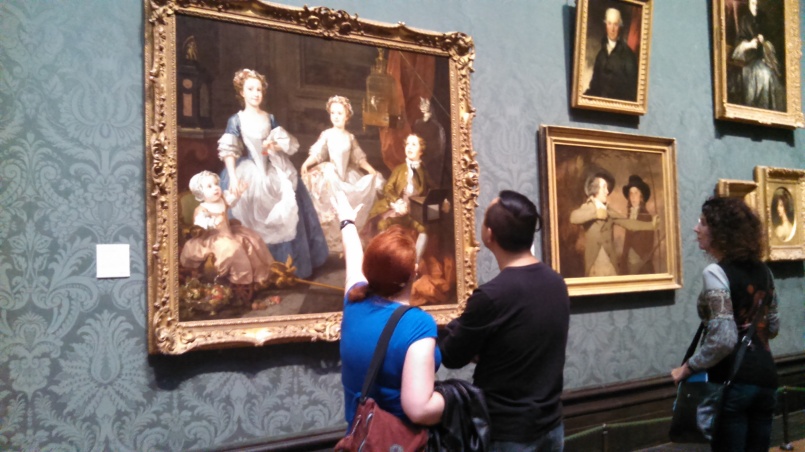 It started raining seriously while we were in the gallery. When we stepped outside, people were handing out flyers for a concert that night at St. Martin in the Fields church, as they often are near Trafalgar Square, so we dodged through the rain to buy tickets for the Mozart Requiem that was to take place in the evening, after the Arsenal v. Southampton match.

We had a quick lunch at London’s ubiquitous fast food vendor Pret A Manger (they are even in Chicago now, but a lot more expensive than in London), again scoring a window seat to watch the world outside Trafalgar Square. We saw a few Southampton fans walking by. We pointed at them, as they were pointing at us. 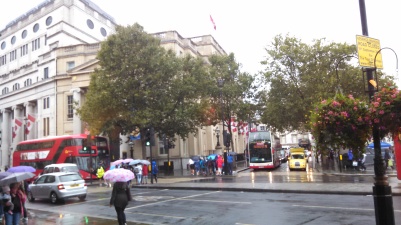 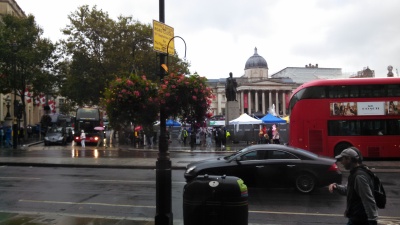 It was time to head over to the Emirates. We ducked into the underground walkway to the Charing Cross tube station, where we encountered this great set of murals. 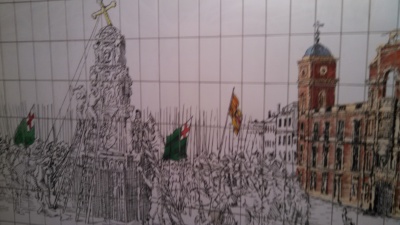